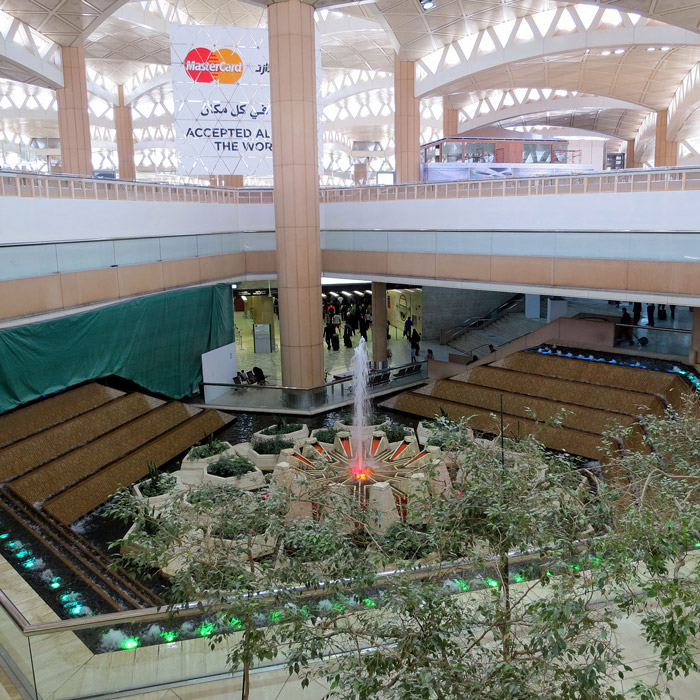 Opened for operations in 1983, King Khalid International Airport is located in Riyadh, Saudi Arabia. It handles 22.3 million passengers a year and also acts as an alternative landing site for NASA’s Space Shuttle.

There are five main terminals at the airport, four of which have installed LDA Audio Tech’s systems. NEO, the all-in-one public address and voice alarm solution, provides high quality distributed sound and fully integrates with security systems. This airport has five separate fire stations with specialised vehicles and firefighters, which makes it all the more necessary to have an efficient and centralised voice alarm system.

NEO system is EN 54 certified and meets the EN 60849 requirements, as well as other LDA components also installed at the airport.