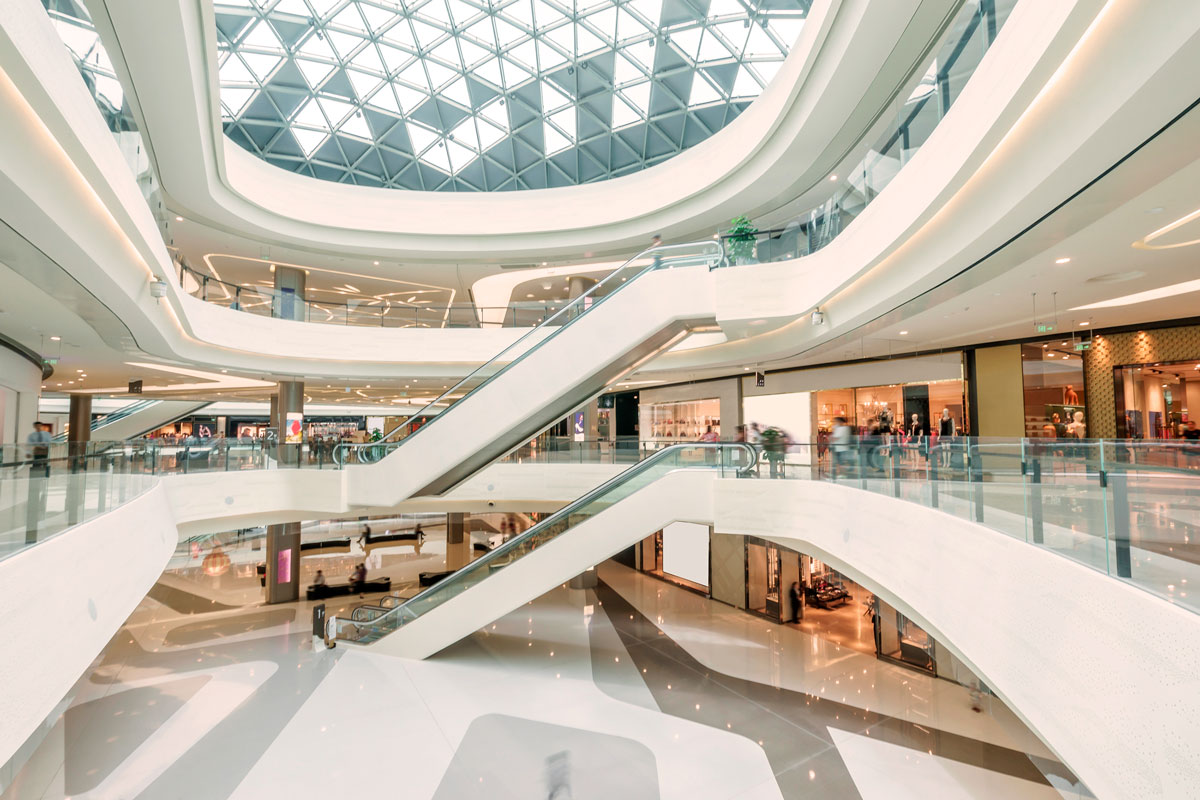 At LDA we are experts in public address and voice evacuation systems for shopping centres. That’s why we can help you create the most competitive solution that best suits your needs.

Large spaces dedicated to leisure and relaxation should provide the user with a satisfactory shopping experience at all levels. Its public address systems, therefore, need to offer an attractive sound atmosphere and at the same time guarantee fast and phase-driven evacuation in case of emergency.

It’s a given that people act faster when they hear a human voice telling them what to do or how to proceed, especially in case of emergency.

The loudspeaker system allows voice messages to be sent in crowded places. These messages can be informative, advertising, etc. The advantages of an LDA public address system are the following:

A voice evacuation system is a critical safety tool that allows us to achieve a faster, more controlled and safer evacuation that can save lives.

The European standard EN 54 sets out the requirements for fire detection and alarm systems throughout the European Union. In addition, it has been adopted in numerous international markets as a standard that guarantees safety for people in the event of an emergency.

In those buildings where loudspeakers are used to emit voice alarms in the event of fires in Spain, compliance with the EN 54-24 application standards for loudspeakers and EN 54-16 for the systems to which they are connected is mandatory.

In addition, there are certain uses in which it is mandatory that fire alarm systems are of this type. One of these cases is that of public buildings if the occupation exceeds 500 people. In addition, in the commercial sphere, if the surface exceeds 1,000 m2 the installations must also include a public address system and voice evacuation.

In shopping centres where different stores and common areas coexist, it is the property of the shopping centre that is responsible for issuing warnings according to the evacuation plan they have established.

In this respect, the local regulations indicate:

In order for an establishment integrated in a building to be a fire sector, it must be understood that the “differentiated ownership” and the “regime not subsidiary to the rest of the building” that oblige it in accordance with Annex A refer not only to the activity regime, but also to the significant material aspects for fire protection, such as they are:

In accordance with the foregoing, shops integrated into shopping centres, except in the case of those of a large surface area in which there are circumstances of autonomy in the management of fire protection, whose fire protection conditions are under the responsibility of the owner of the building as a whole, are not considered to be “establishments” for these purposes, and therefore do not need to constitute a separate fire sector, but are subject to the criteria of zoning in fire sectors of the shopping centre as a whole.

The advantages of an LDA public address and voice evacuation system can be summarized in the following points:

With regard to the management advantages of LDA systems, the following should be highlighted:

In order for the shopping centre to comply with current regulations and considering the division between establishments and common areas, our public address and voice evacuation system NEO offers us several possibilities:

On the other hand, evacuation signal processing can be carried out in different ways:

Contact us and we will help you design the best PA/VA solution for your shopping mall project.