Success and friends at ISE for the LDA Audio Tech team 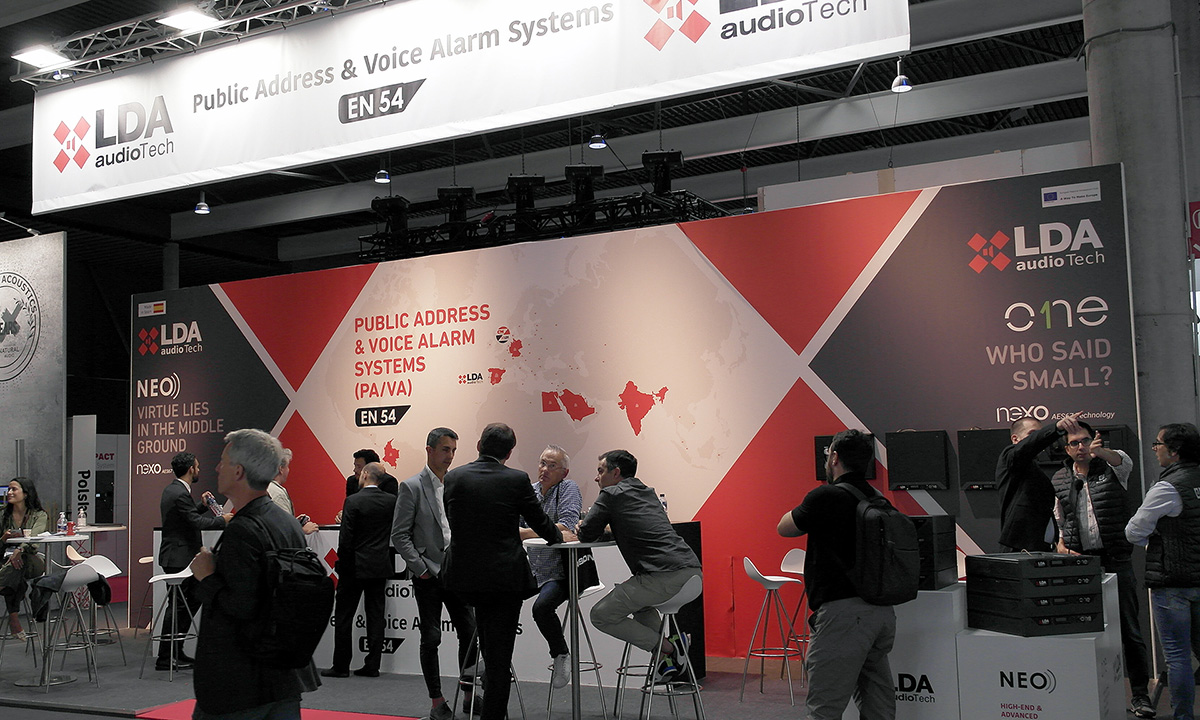 Posted at 13:15h in News by LDA Marketing

The upcoming new NEO firmware v40, the NEXO audio converter based on AES67/Dante audio, the update of the ACSI v2 protocol and the new EN 54-24 loudspeaker models under development were the highlights of LDA Audio Tech at the latest ISE edition.

Lots of customers and partners visited LDA’s stand, located in hall 7. They were interested in learning more about their EN54 public address and voice evacuation systems designed and manufactured in Spain.

With 40 square meters of exhibition space and an open stand designed to comfortably host meetings around a central bar, the LDA Audio Tech team was able to meet again with professionals in the integration of audio systems and installations from all over the world.

It was the perfect occasion to once again take the pulse of the sector, which is recovering eagerly after the pandemic. In fact, more than 43,000 attendees and 832 exhibitors closed a successful edition of ISE, which was held again two years later in Barcelona, where it will remain until at least 2024. 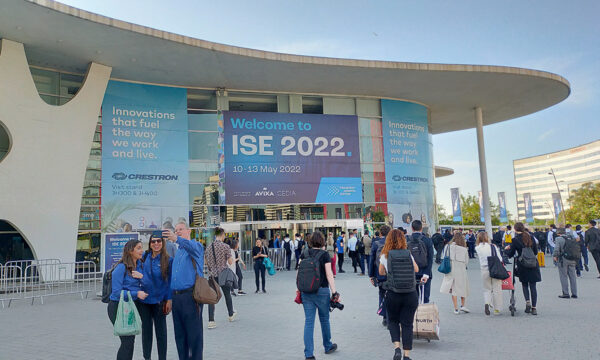 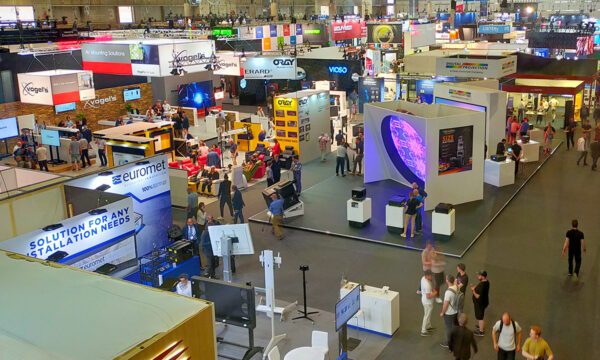 LDA was accompanied at ISE by some of its partners. Gräf & Meyer, the main partner in Central Europe that operates as LDA Audio Tech’s office for Germany, Luxembourg, the Netherlands, Belgium, Austria and Switzerland, had several representatives at the LDA stand throughout the fair.

Representatives from Detnov were also at the stand, showing their fire panels working together with LDA EN54 systems. Detnov is a specialized brand in fire detection systems and collaborates with LDA in the integrated platform Atalaia Alliance. 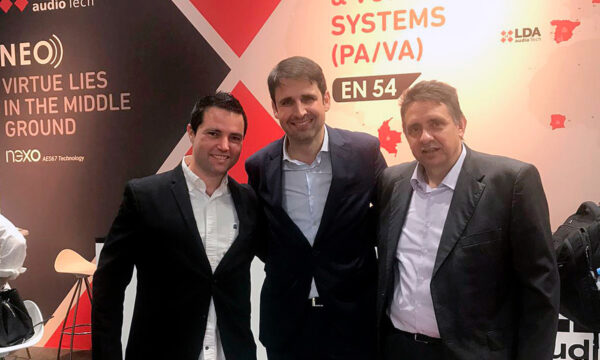 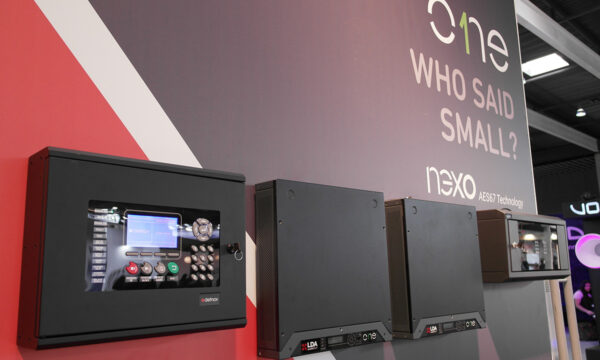 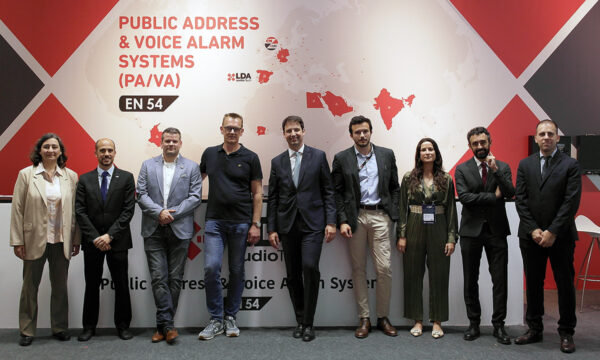 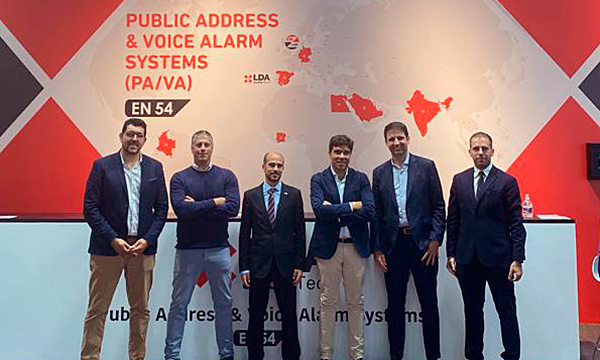 One of the focuses of the LDA stand was the new NEO firmware v40, whose launch is scheduled for the end of May. This new release will bring new functions and a fully renewed core.

With this major update, NEO will be safer, more reliable and faster, and will improve its connectivity with accessories and fire panels.

Along with NEO, ISE also featured NEXO, the audio converter that provides all LDA systems based on NEO and ONE with an external control and monitoring interface capable of working with AES67 (Dante compatible) in level 3 audio over IP.

NEXO expands the capabilities of LDA systems in large projects, as it allows the number of microphones connected to the equipment to be networked from 8 to 64 and convert their signal within the AES67/Dante ecosystem. 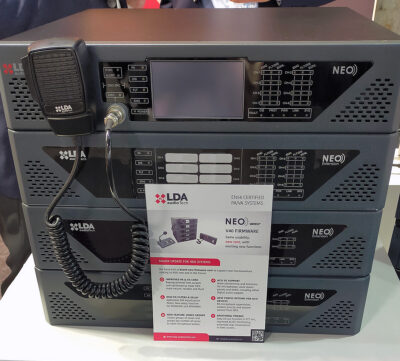 Another advance in its connectivity will also come this year thanks to the launch of the new version of LDA Audio Tech’s proprietary communications protocol: ACSI v2.

ACSI v2 is the basis of the NEXO communications protocol and the future range of LDA microphones and fire panels. It will be progressively implemented in all current LDA devices, starting with the NEO series through their new firmware v40.

This will increase their connection capabilities by multiplying the number of microphones, distributing them through IP networks, creating multi-site systems and easing their integration with third-party systems.

LDA Audio Tech also offered at ISE some previews of their new EN 54-24 certified loudspeakers, which will arrive throughout 2022 and 2023. With improvements in durability and performance, these models meet the requirements of all types of installations: corporate buildings, logistics centers, airports, shopping malls, transport networks, etc. 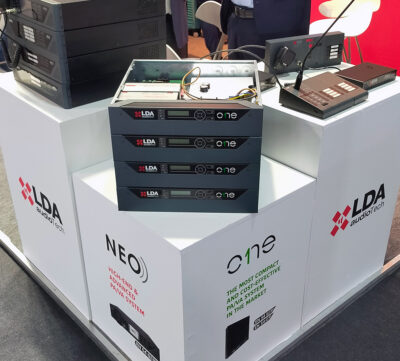 ISE is the third major international fair of 2022 for LDA Audio Tech, after attending Intersec Dubai and SICUR Madrid with its own stand and having a presence at other exhibitions such as Sicurezza Milan, Securexpo Kenya or Proteger Lisboa.

The success of ISE reinforces the brand’s position as a leading Spanish manufacturer of public address and voice evacuation systems EN54. LDA Audio Tech will attend this fair again in 2023, from January 31 to February 3 at the same venue in Barcelona.