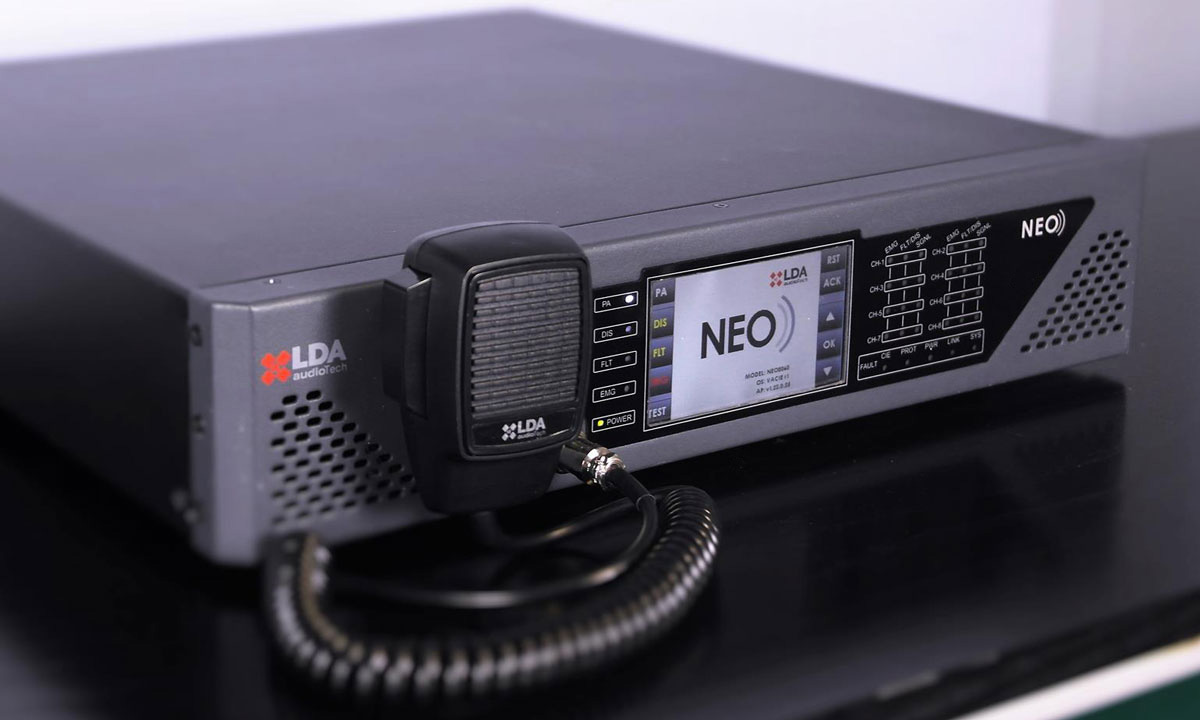 Posted at 08:48h in News by LDA Marketing

LDA Audio Tech has just renewed the EN 54-16 certification for its whole NEO range. This way, the products continue to comply with all the requirements the European Union sets for fire detection and voice alarm systems.

This renewal comes after a new follow-up audit for the NEO 8060 main unit and its NEO 8250E, NEO 4250E, NEO 4500E and NEO 4500LE extensions, carried out by the Certiberia Europe Solutions quality laboratory.

The numbered certificate 2426-CPR-076 guarantees that the NEO 8060 system complies with the European EN 54-16 standard for fire detection and alarm equipment. The 2426-CPR-105 certificate also applies to the NEO central unit working together with any of its extensions.

Thanks to its high quality demands and its ability to cover every safety aspect to have in mind in case of emergency, the EN 54 criteria has been adopted in many non-EU countries as a de facto standard for its facilities.

LDA Audio Tech offers integrators and installers a complete range of solutions fully adapted to the EN 54 standard, including the NEO series, loudspeakers and accessories. 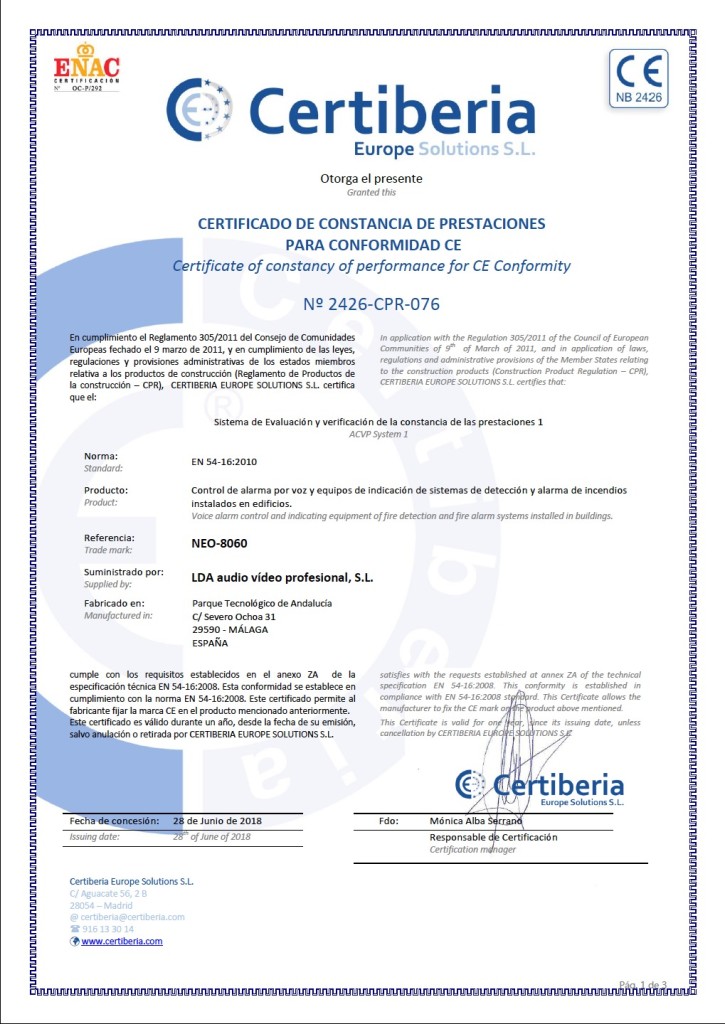 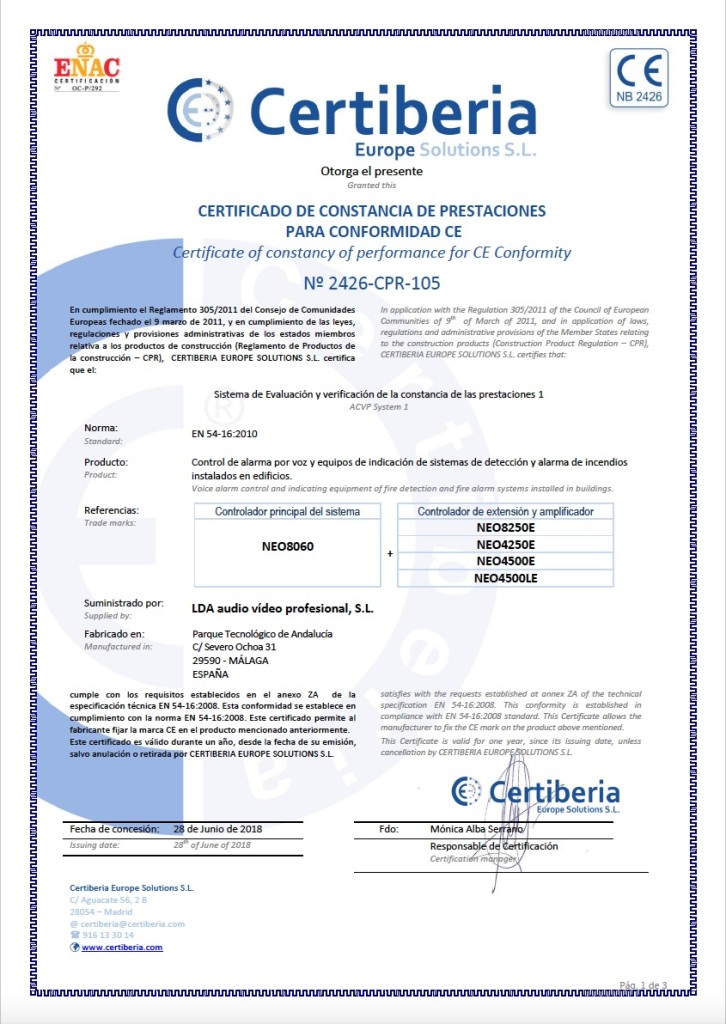