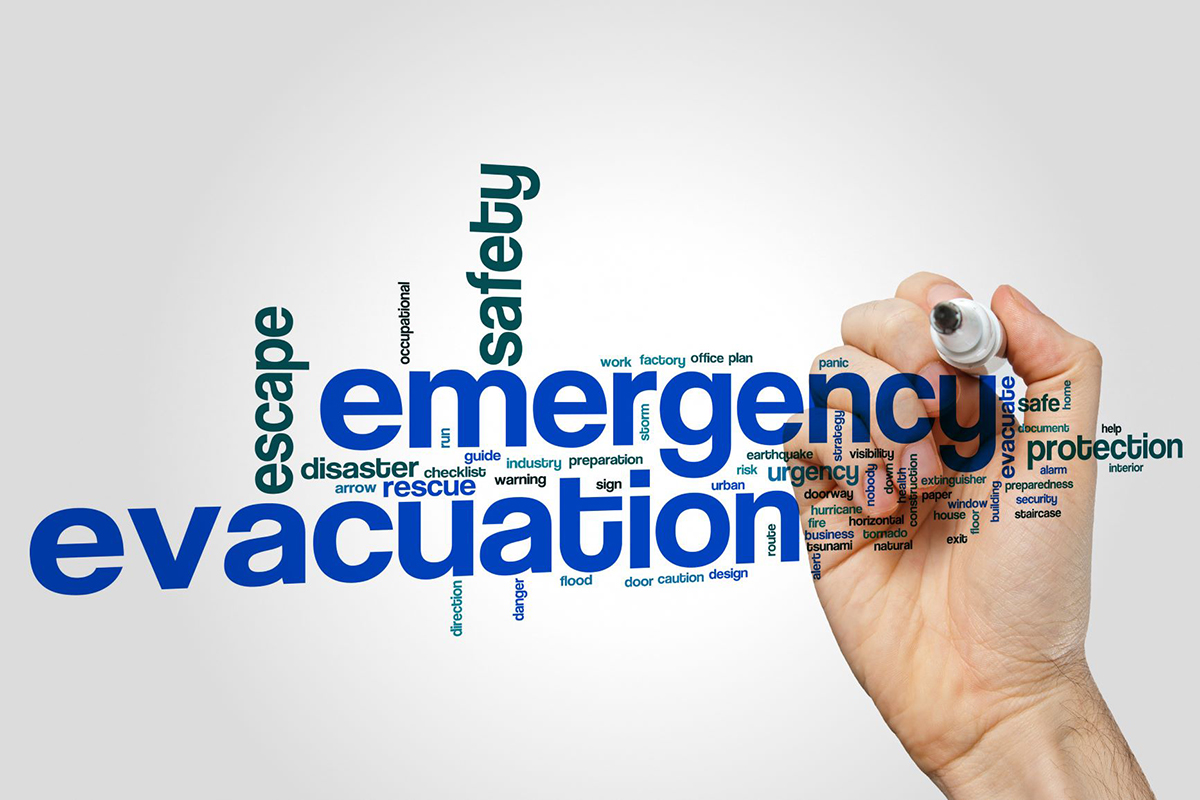 Posted at 13:16h in Technical Blog by Marketing LDA

The term “intelligibility” can be defined as the proportion of the content of a message that can be correctly understood by listeners. The intelligibility is influenced in a decisive way by the physical characteristics of an enclosure (such as reflective and absorbent properties of the materials used in the building), the background noise and the acoustic energy generated by the installed evacuation system and received by the listener. Other factors are the composition of the message, the tone of voice, the intonation and the pronunciation.

To measure the intelligibility in an enclousure for evacuation messages, the accepted methods are the STI (Speech Transmission Index) and the STIPA (STI for Public Address) which is a simplification of the former. Both use a test signal that injects a modulated signal into the system that imitates speech with its typical intensity fluctuations. The distortion introduced by noise, the evacuation system, loudspeakers, and room reverberation results in changes to the test signal that are reflected in the STI or STIPA index measurement. Other methods, such as RASTI (Room Acoustics STI), or STITEL (STI for telecommunication systems) are not suitable for measuring the intelligibility of a voice evacuation system.

Following the UNE 23007-32 or TS54-32 standard for alarm and voice evacuation systems, the average speech intelligibility must be higher than 0,5 STI in 90% of the enclosure, and 0,45 STI is the minimum intelligibility allowed.

The following table shows the “Objective evaluation of speech intelligibility using the speech transmission index”, according to UNE EN-60268-16:2011, that indicates STI values depending on the use of the enclosure. In VA systems, this standards recommends a minimum of 0,46 STI: 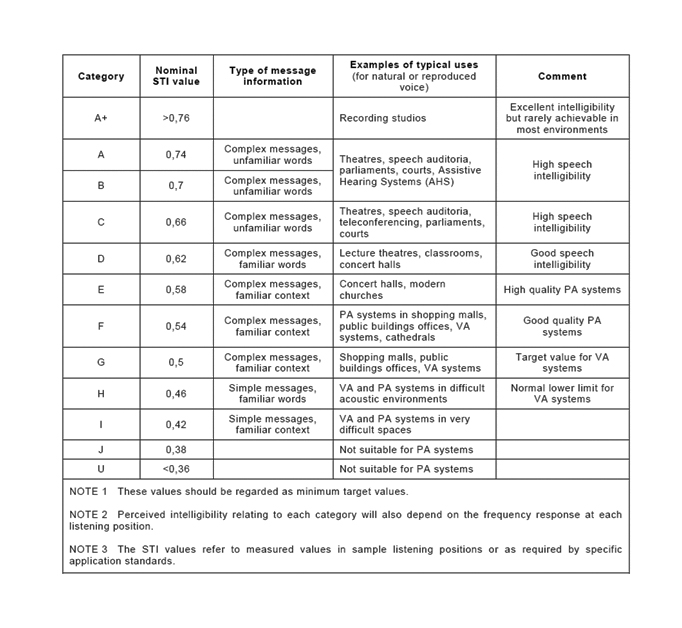 The procedure for measuring and calculating the STI index is indicated in the 8.4.5 section of the UNE 23007-32/TS54-32 standard, that specifies the characteristics of the planification, design, installation and maintenance of a voice alarm system.

This standard uses the concept of Acoustically Differentiable Area (ADA), meaning a subdivision of a voice alarm zone, which can be a space differentiated by a unique reverberation time and/or ambient noise level.

The method indicates that the speech intelligibility measurement within each ADA must be taken at several measurement points, and the number of points should be greater than the one indicated in the following table:

The measurement points must be evenly distributed and at a distance that allows the uniformity of the sound coverage to be reflected, avoiding preferences for good or bad locations. The measurement height shall be 1.6 meters in audience areas for standing positions and 1.2 meters for sitting positions.

To verify that the voice evacuation system operates according to the specification, it is essential to ensure that it reaches a minimum intelligibility of the message. That level of intelligibility guarantees that the implementation of the electro-acoustic system allows a level of understanding of the word appropriate to the physical conditions of the architectural site and the level of ambient noise. It will also assure the coherence and integrity of the message in case of evacuation.