Posted at 07:55h in News by LDA Marketing

The Council of Ministers has just approved a new Facilities Regulation for Fire Protection (RIPCI) that will come into force in November 2017 and which updates the conditions and requirements for this type of equipment with the adaptation of several European standards like the EN 54.

The Royal Decree 513/2017, of 22 May, approving the Regulation for fire protection facilities, establishes the requirements to be met by equipment, systems and facilities, becoming the new reference standard in Spain for companies which are engaged in design, installation and maintenance activities. This standard will come into effect six months after its publication in the Official State Gazzete “Boletín Oficial del Estado” –that is, on November 22, 2017.

The new regulation has gone through several drafts in recent years until now, when it updates a regulation that had not been modified since 1993. The decree establishes specific rules for: 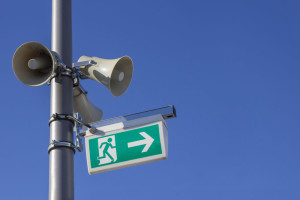 In terms of voice alarm systems, the new regulation refers to two separate regulations: UNE-EN 60849 and UNE-EN 54, regarding its parts EN 54-16 and EN 54-24. More specifically, the Royal Decree states that:

“Electro-acoustic systems for emergency services shall comply with the provisions of standard UNE-EN 60849.

Nevertheless, the UNE-EN 60849 standard is obsolete and superseded by UNE-EN 50849 recently published in the BOE, because UNE-EN 60849 establishes requirements that may conflict with UNE-EN 54. In fact, EN 50849 leaves voice evacuation systems for use in case of fire out of its scope, referring in such cases to the EN 54 standards. The law establishes a two-year coexistence period between UNE-EN 60849 and UNE-EN 50849, which expires in May 2019.

The family of harmonized UNE-EN 54 standards comply with CE marking under the Construction Products Regulation EU No 305/2011 (CPR), mandatory for fire protection systems and whose purpose is to guarantee the safety of people. This regulation requires products and systems certification through independent entities (notified bodies and accredited laboratories). The UNE-EN 60849 standard however does not follow this scheme of guarantees for the users, since it is not a requirement for the CE marking, being issued conformity under the sole responsibility of the manufacturers. 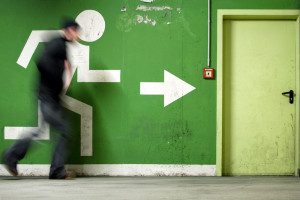 The only guarantee to have a public address and voice alarm system that meets all national and international standards, not only today but also tomorrow, is to use manufacturers that meet all the most demanding requirements.

This is the case of LDA Audio Tech, a leading company in public address and voice alarm systems which has been working in R&D for more than 35 years and offers a solution for installers that complies with the new regulations.

The LDA NEO System meets the UNE-EN 60849:2002 requirements and is UNE-EN 54-16:2010 certified as well. In addition, LDA has a complete range of EN54-24 certified speakers. This way our customers can be sure that their installation will be in compliance with the current regulations including the new RIPCI 2017, in all its extension and requirement.

Regarding the regulation of the standards LDA Audio Tech, as the leading manufacturer of public address and voice alarm systems, is a member of the technical committees that establish the requirements and protocols to incorporate into the regulations.

LDA is the first Spanish manufacturer of public address and voice alarm systems that obtained the EN 54-16 certification for its NEO System, recently renewed for its entire range. Thanks to this, it can offer a complete certified solution for fire protection installations. The EN 54-16, which is mandatory in the European Union, has also become a worldwide standard and has been adopted in many countries in the Middle East, Africa, Asia and Latin America.