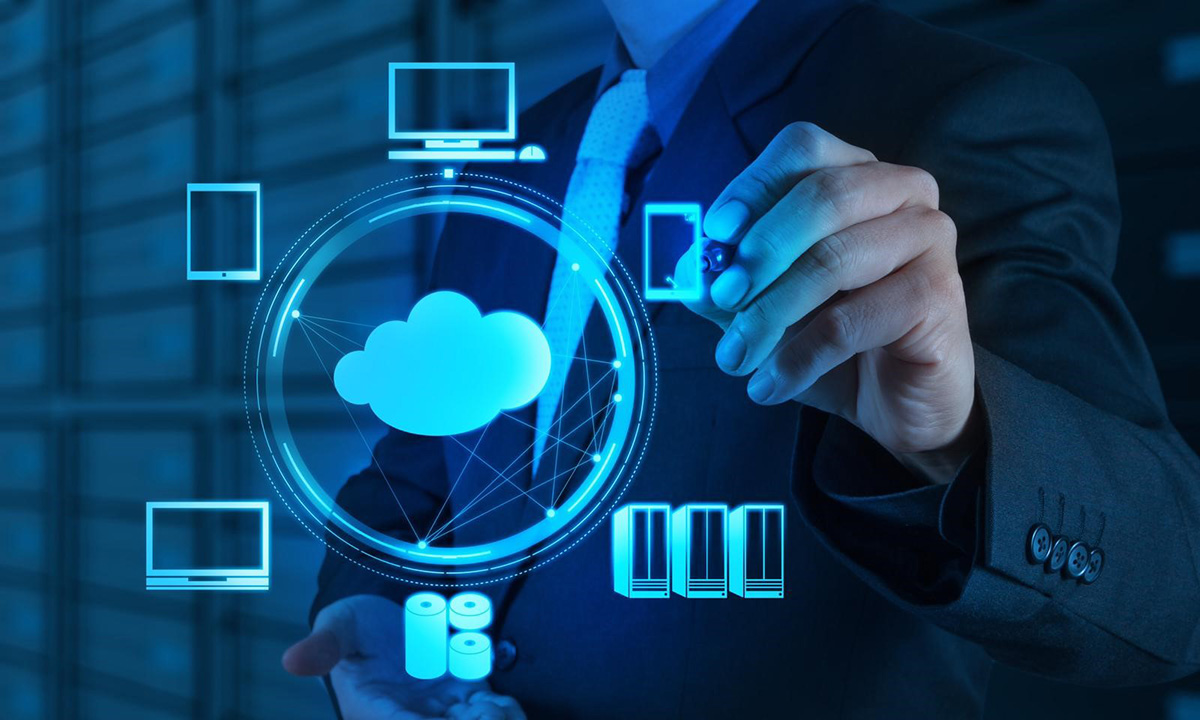 Posted at 10:30h in Technical Blog by Domingo Martínez
Share

Switches, Routers and Media Converters (like Fiber Optics) that are used to connect different parts of a distributed VACIE can have 2 ways of being understood:

In EN 54-16:2008 it was not clear how this was understood. There is no reference in EN 54-16:2008 about how switches, routers and media converters should be considered. 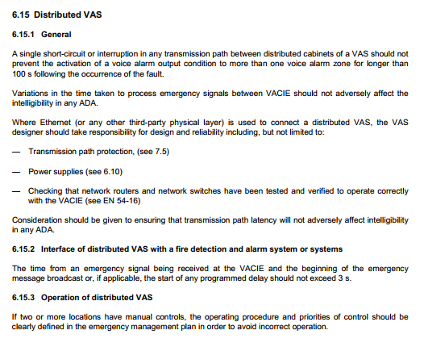 Basically, it is responsibility of the DESIGNER to verify that the network routers and switches operate correctly with the VACIE. It is not said that they need to have EN 54-16 certificate.

This still had many ways of understanding. For example, for some people it was not clear if we still need to test it together with the VACIE in EN 54-16 tests. This question was brought to the European Committee CEN/TC72/WG23 (in charge of the standards EN 54 part 16, part 24 and part 32) and they clarified it with the following notes:

The Active Components on the Transmission Path (ACTP), like ethernet switch or router, was not specified in the EN 54‑16:2008 and as a result there are different interpretations with regard to these products when used in the transmission path. However, in EN TS 54‑32:2015 the installation of such network cable components is specified and described as part of transmission paths. The lack of requirements has caused confusion related to certification of these devices.

In addition, certification of ACTP as part of the VACIE will require factory production control (FPC) inspections and the associated hardware and software design review. This means the manufacturer has to have full control of the ACTP product build state (hardware and software) even when it is supplied by third party. For example, a software update needs to be certified before it can be used.

In order to address the above issues without jeopardizing the aim of the standard to set a minimum level of robustness for the VACIE, two concepts are introduced as follow:

Now we can understand how the experts of the European Committee understands switches, routers and media converters. The answer is BOTH OPTIONS are right:

The technical requirements for an ACPT-T can be deduced from the following points in the current standard (EN 54-16: 2008):

– We need to fulfill the general requirements specified for transmission paths in EN 54-16:2008:

– We need to supervise the connection between distributed parts of the VACIE: NEO already does it.

– We need redundant connection with separate transmission paths: This is achieved with the loop of NEO.

EN 54-16 network devices do not exist. EN 54-16 is not a norm for routers, switches or fiber optic converters.  It is not possible to certify these products according to EN 54-16 certified.  The only thing you can certify is a SYSTEM. Other manufacturers certify a system composed of many individual components. LDA criteria is more advanced: NEO is so complete that it can be certified stand alone. We don’t need additional accessories in order to fulfill all EN 54-16 requirements. So, for example, for the same reason you are free to use any RACK with NEO, you can also use any fiber optics converter with NEO. We give this freedom to the installer.

Some manufacturers certify a rack with more components than they need for their systems, so they can have “certified” products as part of their systems. But this could be considered deceiving, because each individual component cannot be EN 54-16 certified: THE WHOLE SYSTEM is the only thing that is certified. This is defined in the standard exactly like this.

Therefore, we reach the following conclusion: why is it accepted a system that is INCOMPLETE in a real installation? This should be against the standard as well. In fact, NEO is the only system that is always complete in all their installations. However, the market commonly accepts that a part of the complete system is also certified. If a modified version of the system without some components is accepted as a fully EN 54-16 certified system, then a modified version of the system with more components (that do not affect to the EN54-16 requirements) should also be accepted.

CONCLUSION: Both are modified versions of the EN 54-16 certified system. Therefore, both should be accepted because they still fulfill all the EN 54-16 requirements.

Would you like to learn more about EN54 PAVA Systems? You can write us to soporte@lda-audiotech.com or contact your local sales agent for more information.