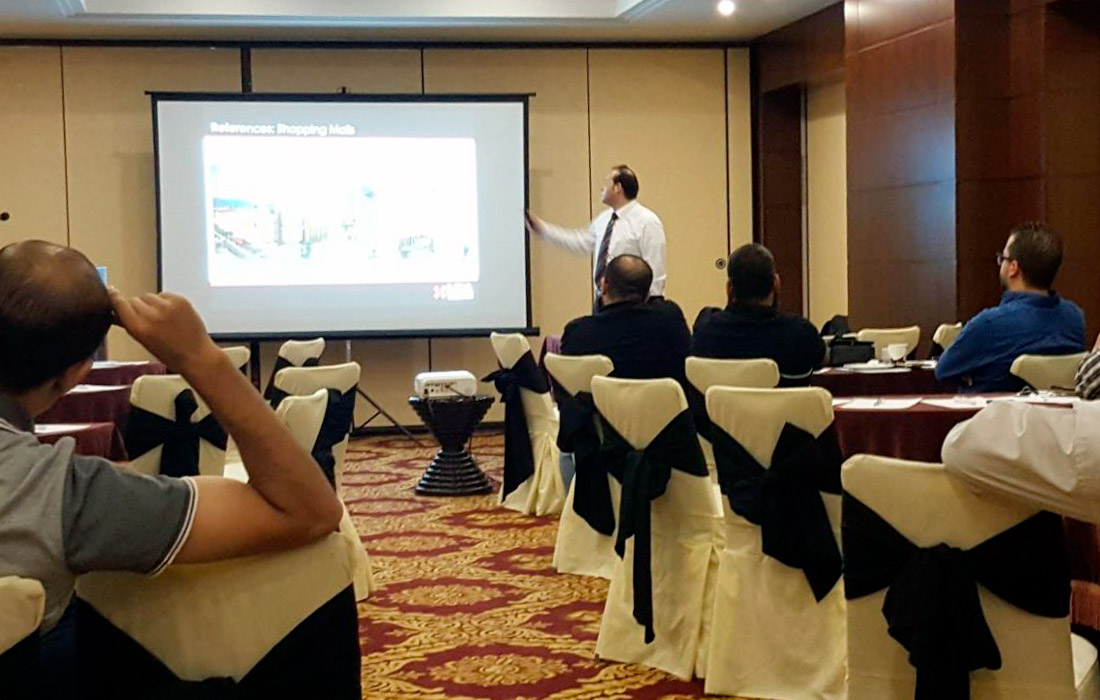 Posted at 08:20h in News by Encarni Mármol
Share

LDA Audio Tech held a specialised seminar in Mecca (KSA) on public address and voice evacuation systems, aimed at engineers and project managers in the area.

Conducted by LDA Product Manager in KSA, Ibrahim El-Hallak, this workshop was attended by about twenty professionals related to installers and integrators such as Saudi Binladin Group, BAUD Telecom Company and Dar Consulting.

The seminar took place at Le Méridien Towers Makkah, where the attendees discussed technical aspects about the LDA PA/VA systems and how easy they integrate with other fire alarm setups.

Some of the projects with LDA technology currently in progress in the Kingdom of Saudi Arabia were also addressed, such as tunnels installations and NEO integration with Haram PA systems.

The LDA NEO system follows a plug & play philosophy and implements the TCP / IP and Cobranet protocols, which allows you to integrate it with other systems such as IP telephony, digital signage, AV intercom, etc.